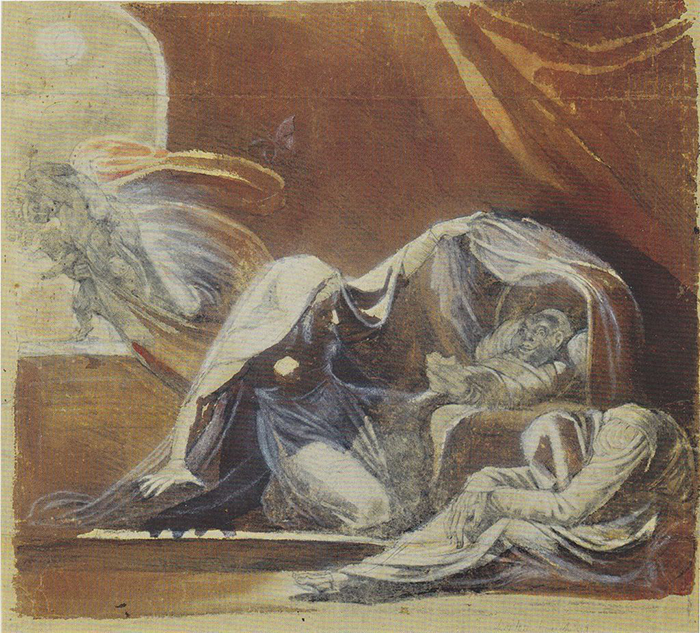 The Changeling by Fuseli

Across the world, one of the most common beliefs is that we share this world with other races. Many cultures tells of these others, and the tales about them are strikingly similar. They are closely tied to the natural world and are mostly invisible to us. They are somewhat capricious, sometimes kinds other times malevolent, and they appear to hail from some kind of parallel plane, another world that is connected to ours through certain portals; often certain hills, caves, and forests, and sometimes even individual trees and stones. We are of course talking about the faery folk, and many different types of these supernatural beings are said to predatory; alleged to kill and even devour us mortal folk. However a more general trait that seems to be a popular pastime for many species of faery across the world, even the ones usually less inclined to grind our bones to make their bread, is their love of spiriting people away to their own world.

However while there are many tales of trips to fairyland, elfhame and other places the strangers inhabit, more troubling are the legends of the changelings. From the icy Scandinavia to sun-baked Africa, there are sinister stories of children not just being abducted, but switched with strange impostors. Parents would find their baby child had been replaced by odd beings who were almost but not quite human. Often changelings are described as being ugly and wizened, while others appeared normal but demonstrated weird abilities such as being able to stretch their limbs at will. However strange appearances aside it was their behaviour that marked them out - changelings were said to be either extremely badly behaved - constantly crying and prone to violence, or at the other end of the spectrum strangely docile, often mute and seemingly unable to comprehend anything about the human world they had been left in. Another common characteristic to changelings was an insatiable hunger - a changeling could eat a family out of house and home, a troubling prospect as some changelings were believed to never grow up, constantly needing care and food, while others were said to be extremely long lived, possibly even immortal, being a burden on whole generations of families.

There were several theories about why changelings were left. In the case of changelings that were said to be wizened and sickly, it was said that these creatures were actually ancient, elderly faeries, left by their compatriots to enjoy the love and comforts of a human family in their dotage. Other changelings were so infirm that they soon sickened or died, leading to folk beliefs that the impostor had been nothing more than a magical fake, such as piece of rotting wood crudely enchanted to mimic a human child. And why did the faeries steal children? Well, some traditions held that the faery folk were an old, dying race who sought new blood to strengthen their numbers. However other traditions had darker ideas - the human children were to be used as servants and slaves in their other world. Worse still, some traditions held that the faeries owed a tithe of souls to Hell, and hence they stole human children to pay the debt to the Pit. On a similar note, some folk beliefs held that changelings were mere sent to vex mankind, and in tales of particularly violent or troublesome changelings, they were said to have been left by witches or the Devil himself to increase the sum of human misery. 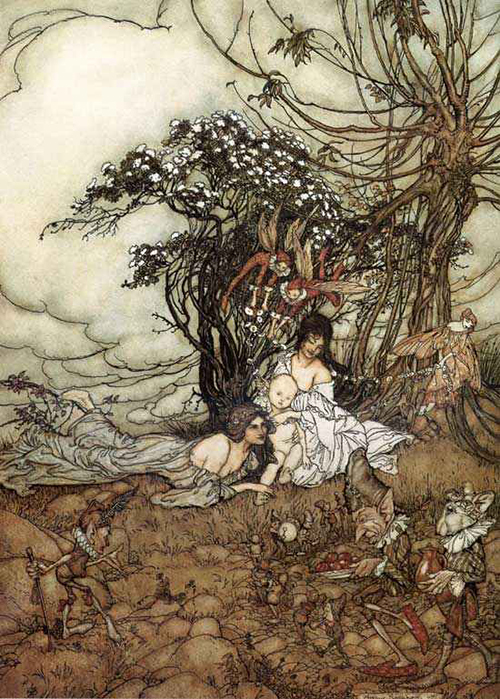 The Changeling by Arthur Rackham

Now, like many folk traditions, there is more than a grain of truth in these old tales, and a reason that stories of changelings are so prevalent in so many cultures across the globe. The sad fact is that changelings did indeed exist, however they were not faery cuckoos, but rather children with disabilities and diseases. One does not have to read too deeply between the lines to realise that these elf children were in fact nothing more but human babes suffering with a variety of debilitating conditions. While many illnesses and diseases could be recognized in the pre-modern era, other conditions such as gradual degenerative ailments or being born with mental conditions such as autism or schizophrenia were poorly understood. It is a natural reaction for people to seek explanations and answers, and hence in cases where what had been a seemingly healthy baby was suddenly sickly, behaving strangely, or developing in what seemed a weird fashion, supernatural forces were the only explanation available. It is very telling that beliefs in changelings begin to wane when better medical knowledge becomes available.

From the wide range of preventative rituals and charms in folklore, it was clear that finding oneself the parent of a changeling was a real and widespread fear in ages past. Various methods existed that would protect the child from being snatched by the faeries, and hanging some kind of protective charm over the crib was perhaps the common. In some regions, this would be a plant or herb with magical properties - such mistletoe or a sprig of rowan. The faeries were widely believed to have an aversion to iron, and this was also utilized, by hanging a pair of scissors or a horseshoe over the cradle. However should such measures have failed there were several possible course of action to get your child back.

Now there were many regional cures, often involving some local place, such as bathing the child in the nearby holy wells, visiting a shrine or taking it to standing stones. But there are three main ways of dealing with a changeling that occur time and time again in many different countries and cultures. The first is basically to abuse the child, often beating it with sticks, with the idea being that the changeling's real parent - the faeries or the Devil - would promptly appear and give back your own child to prevent further cruelty to their own. In a similar fashion, placing the changeling either in a fire or a hot oven would cause the malign being to take its leave, often said to fly off up the chimney, and your own offspring would be returned. Sadly however these two methods rarely resulted in happy endings, and indeed in the 18th and 19th centuries we begin to find parents and guardians appearing in court on charges of cruelty, neglect, and murder of their own children who they believed to be changelings.

However thankfully there was a third method of dealing with a changeling which while probably ineffective in the real world, at least did not involve cruelty to the suspect child. And what's more, it is somewhat amusing - indeed it is the basis for many of the more entertain changeling folk tales. This third method was based around the premise of tricking the changeling into revealing its true nature, and once its cover were blown, the faeries had to return the real child. And weirdly enough there was an exact way to do this which is recounted in many different countries. Basically in full view of the changeling child one had to cook using eggs - but these was not merely whipping up a quick omelette, rather you had to brewing beer or make stew using the egg shells as tiny containers. This culinary performance was said to be sufficiently surreal and bizarre to make the changeling reveal its true nature,with old folk tales holding that the creature would suddenly sit up, exclaim that it had never seen anything like it in its long and strange life - often the exclamation followed this pattern as related by the Brothers Grimm -

Now I am as old
As the Wester Wood,
But have never seen anyone cooking in shells!
from Children's and Household Tales (1812)

And then, having revealed itself as an impostor the changeling would vanish - or again fly off up the chimney - and the stolen child would be magically returned. Quite why this egg based method is so widespread is something of a mystery. Possibly there is a forgotten symbolic significance to eggs in this context - and certainly they seem appropriate given that one can draw parallels between the concept of changelings and the behaviour of birds like the cuckoo which leaves its eggs in other birds' nest to raise as their own. However I would like to think that if this performance art cookery was actually ever carried out to cure a changeling in the real world, then perhaps the oddness of the act caused the troubled child to smile or laugh, providing a valuable point of connection between parent and child, and making them realise that while their offspring may be different they were in fact human after all. 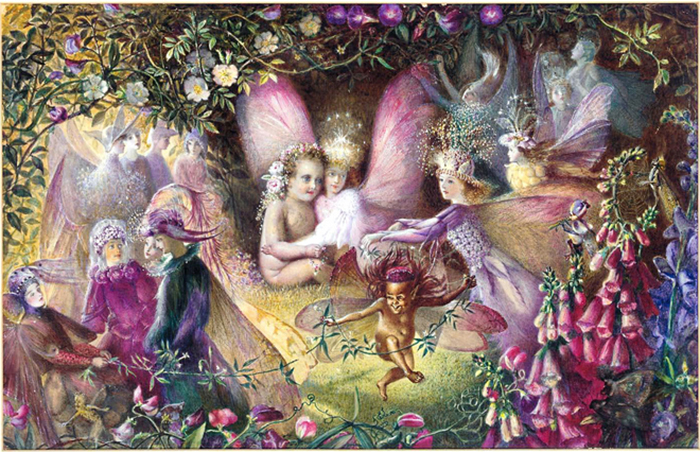