Do Cross the Streams!

The Protective Powers of Running Water 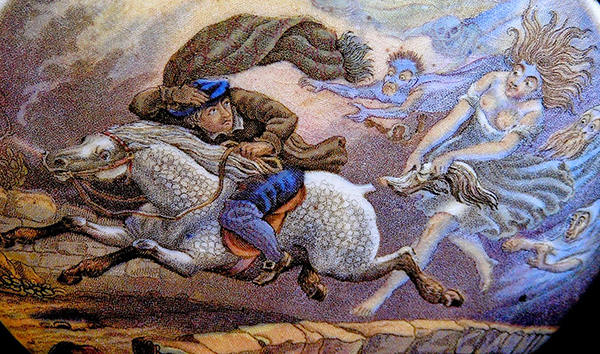 It has always been a great consolation to know that despite their considerable supernatural talents, the powers of darkness often have a weakness, an Achilles heel us poor mortals can use to repel the forces of evil and thwart the machinations of the denizens of the night. For example, we know vampires cannot abide garlic, werewolves are adverse to silver, and salt is good against all manner of evil beings.

However there is one such weakness that is shared by a great many of the powers of darkness; indeed it is said to be good against vampires, witches, demons, malign faeries and all manner of ghosts and spectres. For folklore from down the ages, and indeed across the world, tends to agree that should you encounter beings from the night side of creation, your best bet is flee and cross running water.

But despite it being so remarkably efficacious, this method of escaping the clutches of the dark powers is also perhaps one of the most mysterious and the most puzzling. While most of such aversions and protections we may rationalize as being down to the biological allergy inbuilt into some monsters or by being symbols or channels for powers opposing them (for example the cross repelling vampires), the whole crossing running water is highly baffling, at least to the modern mind, and raises all manner of curious questions such as would a garden hose work to create a witch-proof barrier? Can you really kill a vampire with in your shower as seen in Dracula AD 1972? 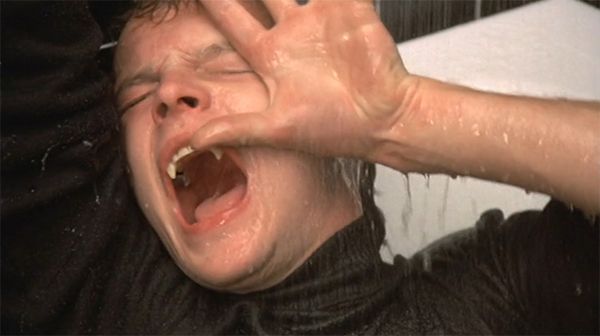 Well, despite the marvelous monster-thwarting potential seemingly offered by bathroom fittings, garden equipment and water pistols, I regret to inform you all that probably only running water found in a naturally occurring geographical feature, such as a river, stream or sea will work.

Now many theories have been advanced to explain why the water features of a landscape provide such excellent protection against the forces of evil. Some have speculated it is because water is so essential to all living creatures, it is a symbol of life itself and hence repels things such as vampires and ghosts which rightly belong in the realms of the dead. Others postulate a link with water's reflective powers - mirrors were believed to have the power to trap souls and hence running water had similar properties and furthermore could perhaps wash away a restless spirit.

For example, in the case of vampires, it is theorized that the flowing water would separate the evil entity reanimating the corpse. Furthermore in the excellent book Vampires, Burial and Death, Paul Barber speculates that the superstition of vampires being unable to cross running waters may have arisen from corpses being disinterred from shallow graves by flooding and washing up miles away downstream leaving confused folk assuming that the dead must have been walking and only thwarted when blundering into a waterway.

However as entertaining as these theories are, the widespread belief in crossing running water providing a protection from evil beings is more likely rooted in a very different world view. In pre-modern times, communities were far more isolated, government was far more local, and travel was difficult and dangerous. Hence it was very common for people never to venture very far out of their local area, for in many eras to do so would mean literally leaving civilization and entering a wilderness where you were at the mercy of the weather, wild beasts and outlaws. Therefore the boundaries of a town or village were very important in the minds of the populace, and to cross these boundaries meant going from one realm to another.

Now all communities need a water supply and hence were very much defined by the water features of the local landscape, with their boundaries often being marked by rivers and streams and coastlines. Faeries, witches, vampires and the like were seen to be forces of Outside, part of the threats that waited beyond the same safe, civilized area of your village or town. And folklorists have found that commonly local legends occur in these borderlands, what are technically termed liminal areas. It is the on the roads and lanes just out of town, the places just over the parish boundaries or county lines that the monsters dwell, where the ghosts haunt and the witches gather. 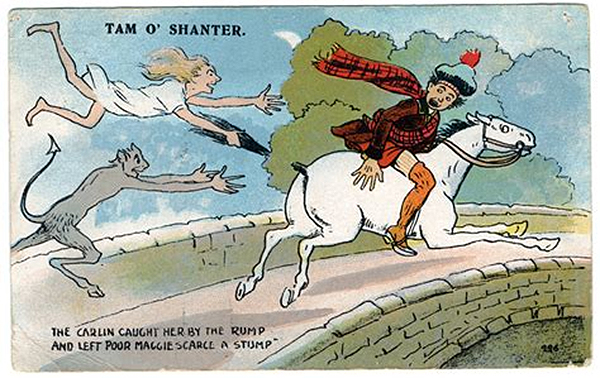 And hence in earlier eras when the world you lived in was small, local and strictly defined and your life and livelihood tied to a very specific area,  it was assumed that naturally the denizens of the supernatural world were similar bound by place. Therefore crossing a stream  or river would see you crossing from one realm to another, hopefully passing out of the sphere of influence where the monsters held sway and back into the small circle of light and life of that was home.

A word of caution however - depending on the local legend and lore crossing running water by a bridge did not always confer the same protection. For example in Robert Burns' Tam O'Shanter, our Highland hero makes good his escape by crossing a bridge, however in other tales the bridge is where the monster waits - most famously in the form of the troll in the Norwegian legend we now know as the Tale of the Three Billy Goats Gruff. For a bridge was a point where the worlds meet and overlapped, a liminal area within a liminal area  if you will. And therefore rather providing protection, a bridge could be a point where the horrors could get you! 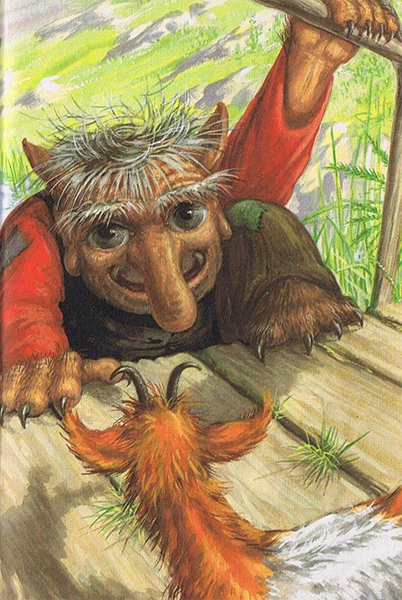